With over 600 years of presence in our lives, clocks can be regarded as one of the oldest devices that were created by our ancestors in the birthplace of modern civilization – Babylon. By giving us the means to track time, build schedules and control the flow of our daily routine, clocks managed to forge the look modern civilization that we are living today.

Historical records of first manmade clocks are dated to the 3500 BC when Ancient Egyptian builders started erecting tall obelisks near their temples and royal residences. These tall stone structures served the purpose of casting a sun shadow on the precisely decorated spirals that were set on the ground (often infused into walkways) where people could easy see the position of the shadow and the current time of the day. Even though initial sundial models were created in Babylon, Egyptian scientists took that invention and advanced its use and precision over the period of over 3 thousand years, during which they discovered winter solstice, summer solstice, separation of daytime into “hours” and much more.

Devices that Keep track of time were always popular and needed by governments, businesses and religion, but the appearance of small and portable pocket watches and wrist watches changed everything we knew and enabled the creation of the modern society that we are part of today.

If you ever wanted to know more about history of the clock, here is the perfect place to do so. Quickly learn detailed information about their history, timelines, and influence they had on our culture.

Facts surrounding clocks, watches, sundials, inventors and other time measuring devices have gathered in history books over the last several millennia’s. Now, you have the opportunity to read everything about those facts here.

If you ever wanted to learn more about famous clock inventors, here is the perfect place to do so. From ancient times to modern age of industry and science, clock innovators managed to change the way we live our daily lives and function in complex modern societies. 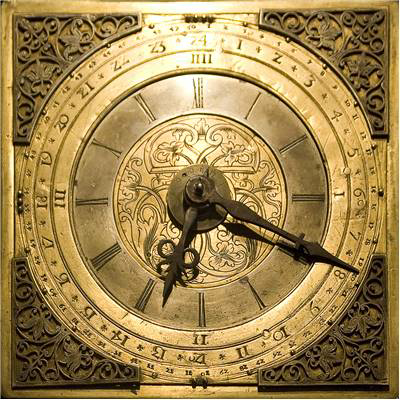 Even though sundials received enormous attention by the Greek and Roman scientists, they remained sparsely used in continental Europe after the fall of Roman Empire. There, they were mostly used by government, commerce and churches. This situation changed with the arrival of Renaissance and expansion of science, manufacture, and commerce with distant Middle Eastern and Asian lands. After new knowledge of mechanical clocks from China and Islamic lands came to Europe, art of mechanical clock making slowly started to spread. By late 14th century various clock designs started appearing across England, France, Italy and Germany, finally culminating in the creation of the first so called “pocket watch” by Peter Henlein. His invention sparked the minds of countless innovators, who eventually managed to upgrade portable clock into device that became cheap, durable and precise.

In addition to mechanical breakthroughs (such as mainspring, balance spring, automatic winding mechanisms) and rise in the production capabilities, use of watches also significantly changed with the tides of fashion. In late 1600s male pocket watches came into popularity, and remained in constant use for almost 250 years, before they were totally replaced by wrist watches who quickly conquered the world after the end of World War I.

Today, modern watches are made in both analogue mechanical form and in digital form, and can be found almost everywhere you look.http://www.chinaykwatch.com/index.html